Storyline's Christmas Special
tonight on ABS-CBN after Bandila. My story was chosen as one of the episodes with the strongest impact this season; they made a follow-up interview.. Thanks!

KCAT CAN: The last time I heard Christmas carols 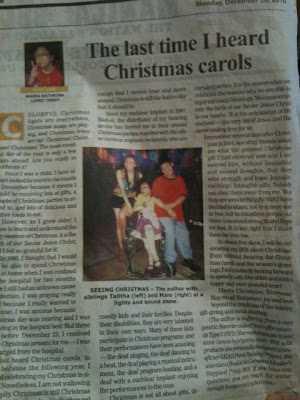 Christmas! The most eventful day of the year is only a few days ahead! Are you ready to celebrate it? 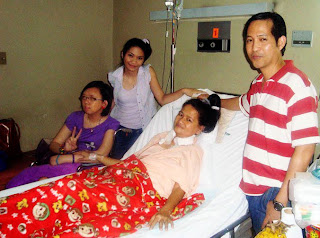 Please visit: http://mamafund.co.cc
Ms. Aileen Viray was diagnosed with Nasopharyngeal Carcinoma (NPCA) with intracranial extensions, commonly known as malignant cancer of the nasopharynx.. multiple tumors developed on both sides of her neck which required her to undergo a major operation and she has to undergo radiation therapy after. She'll also be needing a hip replacement since she's been having trouble walking..

KCAT CAN: The other Big C to fight the Big C

"Achieve the seemingly impossible dream. It takes The Big C to overcome The Big C. It takes the Biggest Courage to fight the Big Cancer." 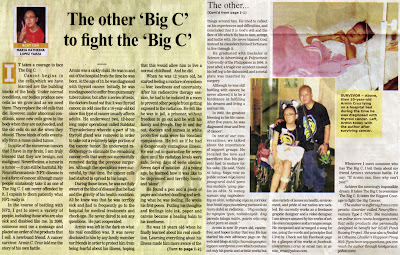 It takes a courage to face The Big C.

Cancer begins in the cells,which we have learned are the building blocks of the body. Under normal conditions, our bodies produce new cells as we grow and as we need them. They replace the old cells that die. However, under abnormal conditions, some new cells grow in the body when they are not needed, and the old cells do not die when they should. These kinds of cells eventually form a mass called tumor.