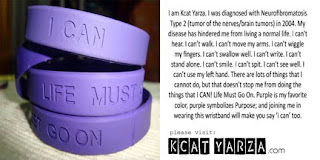 
...finally came to realize and accept to live in a silent world. My world was full of silence, but with the love and affection that surround me, deafness did not become a hindrance in living life to the fullest.


I posted this question on my Facebook wall: How would you react if one day you woke up in world full of silence, deafness. How would you feel? What would you do?

I am living in silence, but I am not silent

I was thinking about what my topic will be for my next column in MB.. Since my cochlear implant isn't working so well the last few weeks, it's like I'm deaf again. Haha. And then I decided, my topic will be: about me being deaf.

I was recalling what I felt before, when I learned that there is a possibility I might go deaf & when that happened. I just learned that I have increasing brain tumors (tumors, meaning more than one ;P) and now I'm going deaf.. But my reaction was: OK. That didn't change a thing. Just read my column today. Haha ;P

Anyway, I posted my question/s as my fb status and asked my friends for answer.. 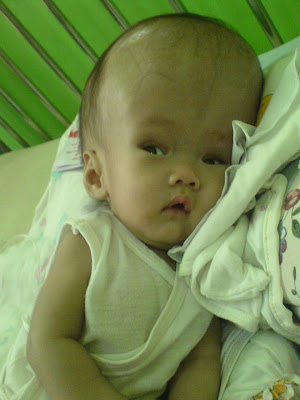 He was born w/ Hydrocephalus 3 months ago and caused him a lot of complications like Meningocele on the back back and Sepsis (infection) on the blood. His father, Christian Buensalido is asking for our financial support to sustain baby Uel's medical needs, hospitalization, medications and surgery.

KCAT CAN: The Wheels & Strength of Hope 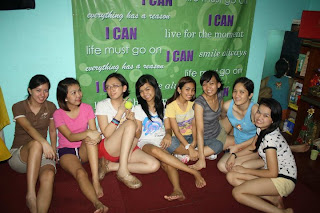 While I was hanging out with my life-long friends, Kathreen uttered out of the blue “Ang layo na ng narating mo KCat!”

The wheels of strength and hope
by Maria Kathrina Lopez Yarza
July 20, 2010


While I was hanging out with my life-long friends, Kathreen uttered out of the blue “Ang layo na ng narating mo KCat!”


"Hi Ms. Kcat! This is Arvic Tolentino. I'm currently doing research and I read an article about you online in Manila Bulletin which really interests me because of your strong outlook in life. Would it be possible po for an interview?"

I asked him what the interview is for. He said it was for his research. He (w/ his friend, Betti) came to our house 2 days after. I thought it was for his school project or something, but he was researching for ANC's Storyline pala. He pitched my story and got approved. 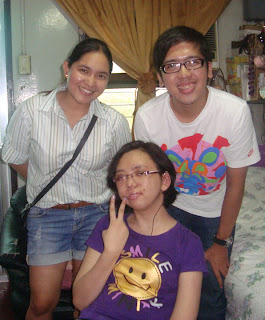 KCAT CAN: Life is the Reason 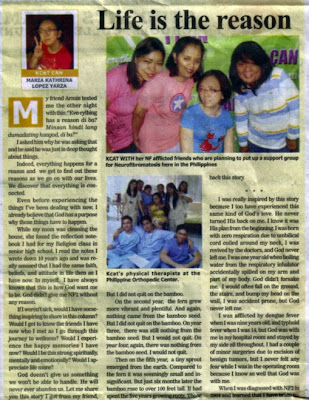 Life is the reason
by Maria Kathrina Lopez Yarza
July 12, 2010


My friend Armin texted me the other night with this: “Everything has a reason di ba? Minsan hindi lang dumadating kaagad, di ba?”

KCAT CAN: An Examined Life

My 1st Column on Manila Bulletin:

I can’t walk, can’t move my left arm and hand, can’t smile, can’t hear — but there are a lot more things that I can do!

Life is tough, there are pains, struggles and hardships, but life is beautiful no matter what... and I am claiming it!

GOD will Heal us! 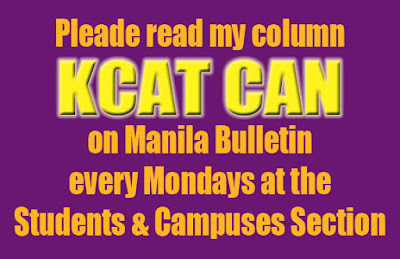 I promised Camille that I'll only publish this after she watches Eclipse since she wasn't able to join us last Wednesday.. Para maramdaman nya rin naramdaman ko.. Disappointed. Haha. Ang drama.. ;P Kaw nalang mag-decide if you'll like it or not.. 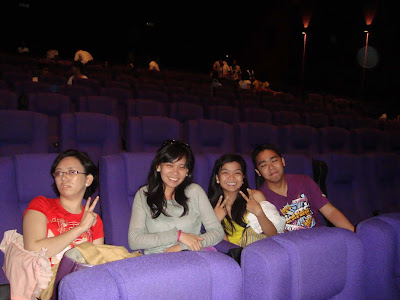 I watched Eclipse with Talitha, Michelle, Kayze, Cris, Ysiad & Jepoy at Greenhills syempre.. And since early reservation wasn't available for Eclipse, we need to buy our ticket early.. Talitha, Michelle & I went there at around 11am.. Waaah ang haba ng pila! I know PWD or ppl on wheels like me has an advantage, pwedeng mauna sa pila.. But I didn't.. Yoko, ang unfair kung ganon gagawin ko.. We just let Talitha fall in line.. All the night screening were sold-out.. But we don't care, afternoon screening kami, 2:45pm.. After paying for the ticket, hay naka hinga na ko ng mabuti! Haha. ;P But, but, but the elevator is out of order.. We just went up through the
escalator but the guards won't allow my wheels to go down through it.. They said they'll just carry me while riding on my wheelchair so I can go down the stair.. Nyeh! I told them, I'll just go down by myself.. kaya ko naman eh.. So, for Edward Cullen I went down through the stairs.. ;P 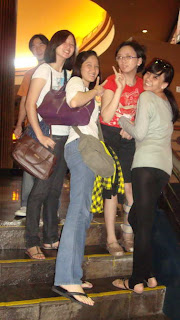 Anyway, I DIDN'T LIKE THE MOVIE!!!
blah blah blah! but I still ♥love♥ the Twilight Saga.. I ♥ the book.. I ♥ the story.. I ♥ Edward Cullen.. I ♥ Alice Cullen though I super hate her hair in Eclipse! Wig pala.. I hate her wig! I don't really love nor hate Jacob pero naman, bakit yung itsura nya ginawang mukhang amoy wet dog talaga, especially when he was lying on his bed when he was injured.. Amoy wet dog lang dapat sya para sa mga bampira, hindi sa itsura.. But still I'll buy the DVD pa rin when it comes out and I can't wait til Breaking Dawn naman.. Adik! ;P
Sad.. Wala si Edward sa poster.. ;P 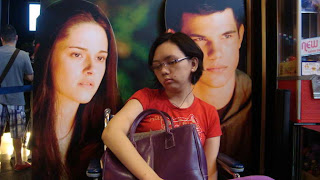 My cousin Jonathan messaged me in fb:

He is talking about AJ Reambillo

I got to talk to her mom, Ms. Eras Malintad on facebook.. AJ is 17 turning 18 this August.. She is battling with acute myeloid leukemia..

AJ, or Alleah Jannine or simply Elle to her dear friends, is a seventeen year old girl who is battling acute myeloid leukemia.

I was featured on Manila Bulletin last March with a story by Angelo Garcia on the youth section, Students & Campuses..

Last Saturday, I received a message from Angelo Garcia on Facebook:

[..]How are you? I just would like to ask if you would like to be a regular columnist in our section -- Students and Campuses Bulletin?

We believe that your story and stories to share would be of great inspiration to others. It's just like writing an entry on your blog, but this time it will help you spread the word to a lot of Manila Bulletin readers. This would likewise help you and your endeavors and advocacies.[..]