KCAT CAN: Everyone needs a family 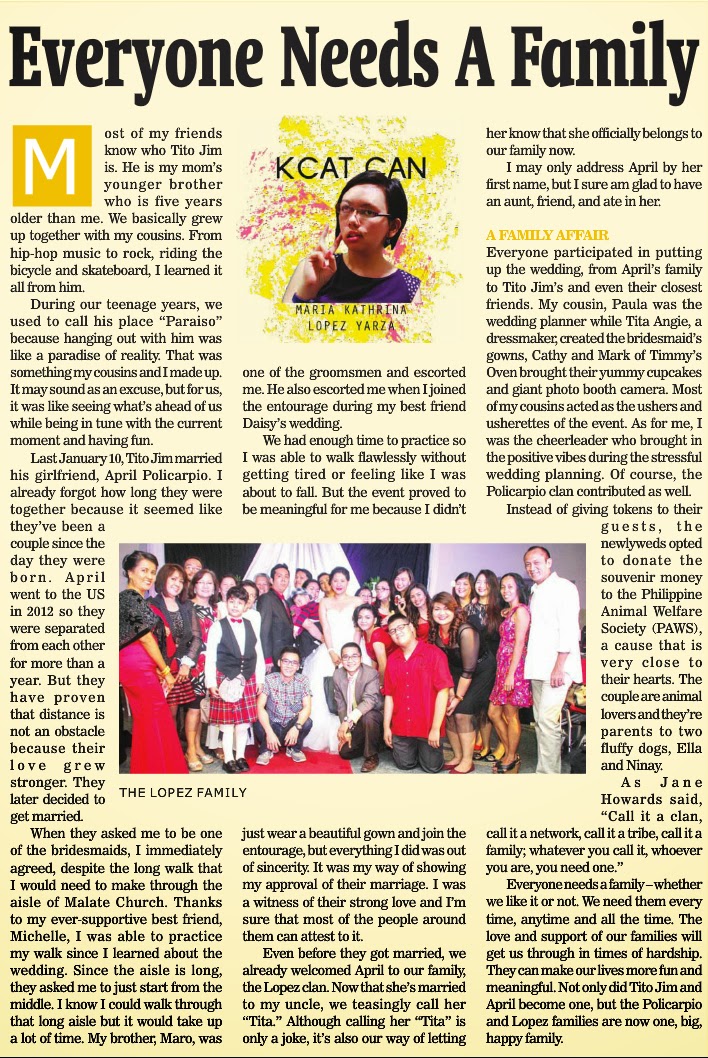 Everyone needs a family

Most of my friends know who Tito Jim is. He is my mom’s younger brother who is five years older than me. We basically grew up together with my cousins. From hip-hop music to rock, riding the bicycle and skateboard, I learned it all from him.

During our teenage years, we used to call his place “Paraiso” because hanging out with him was like a paradise of reality. That was something my cousins and I made up. It may sound as an excuse, but for us, it was like seeing what’s ahead of us while being in tune with the current moment and having fun.

Last January 10, Tito Jim married his girlfriend, April Policarpio. I already forgot how long they were together because it seemed like they’ve been a couple since the day they were born. April went to the US in 2012 so they were separated from each other for more than a year. But they have proven that distance is not an obstacle because their love grew stronger. They later decided to get married.

KCAT CAN: Life Must Go On 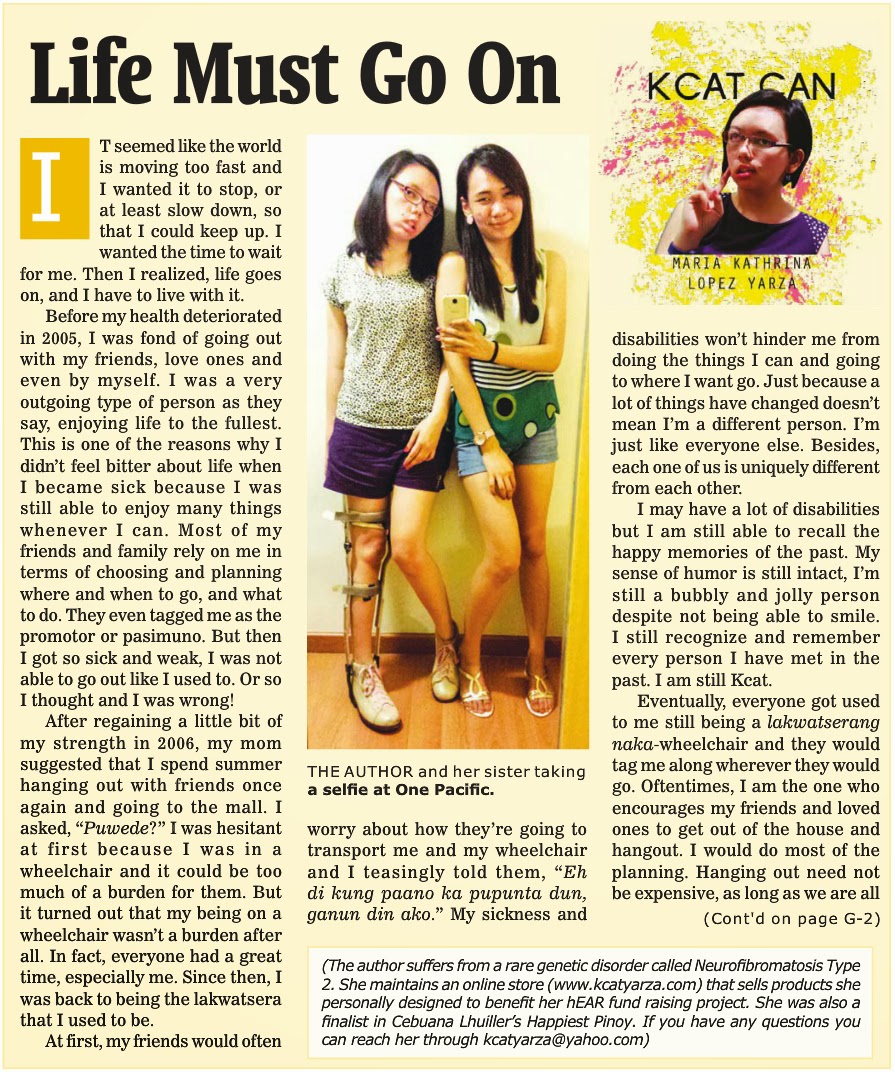 LIFE MUST GO ON

It seemed like the world is moving too fast and I wanted it to stop, or at least slow down, so that I could keep up. I wanted the time to wait for me. Then I realized, life goes on, and I have to live with it.

Before my health deteriorated in 2005, I was fond of going out with my friends, love ones and even by myself. I was a very outgoing type of person as they say, enjoying life to the fullest. This is one of the reasons why I didn’t feel bitter about life when I became sick because I was still able to enjoy many things whenever I can. Most of my friends and family rely on me in terms of choosing and planning where and when to go, and what to do. They even tagged me as the promotor or pasimuno. But then I got so sick and weak, I was not able to go out like I used to. Or so I thought and I was wrong!